“Planning without taking action is the slowest route to victory. Taking action without planning is the noise before defeat.” - Sun Tzu, The Art of War Introduction to cloud computing It is said that the world evolves at the speed of technological evolution. Organizations are constantly looking for new technologies...

“The best way to predict the future is to invent it.” - Peter Drucker, American economist and corporate philosopher Cloud computing, the advancement of computing over a network of servers, was a key driver of the tech industry in 2018. Mergers and acquisitions between large and small companies led to...

How to Streamline Your Data Archival Process using the Cloud

How to Streamline Your Data Archival Process using the Cloud Data archiving is the process of moving data that is no longer essential to a separate data store for long-term retention. Archived data consists of older data that might serve some importance to the organization, possibly for future reference or...

Event Date: 10-11 April 2019 Last Updated: 27 May 2019 The AWS Summit Singapore brings together the cloud computing community to connect, collaborate and learn about AWS. Cloudsine was recognized as an AWS Technology Partner and an AWS Consulting Partner last year. During the Summit, we showcased WebOrion™, an all-in-one...

Event Date: 4 Sept 2019 Last Updated: 10 Sept 2019 Cloudsine is glad to host our very own seminar on the theme of Cloud Security: Myths, New Security Concerns and Mitigations on 4 Sept 2019. Glad to engage and interact with an audience of Singapore and Indonesia customers, resellers and...

The Future of Digital Workforce with Intelligent Automation Seminar , 21 Nov 19

Event Date: 21 Nov 2019 Last Updated: 25 Nov 2019 Cloudsine had our first RPA seminar in collaboration with Automation Anywhere on the theme of the “Future of Digital Workforce with Intelligent Automation” on 21 November 2019. It was our pleasure to have Ehunt Siow and Sundarraj Subrammani from Automation...

Part 1 of our own series of articles on CloudGoat and mitigation strategies. This is a step by step breakdown on how to interpret and think like an attacker and also how to go about mitigating the attacks.

Part 2 of our own series of articles on CloudGoat and mitigation strategies. This is a step by step breakdown on how to interpret and think like an attacker and also how to go about mitigating the attacks.

“The best way to predict the future is to invent it.” – Peter Drucker, American economist and corporate philosopher

Cloud computing, the advancement of computing over a network of servers, was a key driver of the tech industry in 2018. Mergers and acquisitions between large and small companies led to intensified competition. Organizations need to plan their future in order to make good use of the cloud. The strategies of cloud adoption for various industries, now need a future-ready plan. Regardless of which industry and company, the new offerings by the cloud providers have provided a fresh outlook for organizational strategy.

Many organizations will shift their cloud strategies to enhance profits and product offerings, based on already widely used cloud delivery models like IaaS, PaaS and SaaS. Hence, the next stage of innovation is most likely to occur at these areas: extracting valuable data from business processes and edge networks; building integrated digital operations across various hierarchy levels; and intelligent applications centering upon AI, blockchain and data analytics.

Edge computing is the practice of processing data generated near the edge nodes of an organization’s computing network, as compared to a centralised data-processing warehouse. For example, Netflix may have its central data center in North America, but processes data coming from an edge network in India.

According to a report by research firm Gartner, there has been massive adoption of cloud computing platforms in 2017-2018. Consequently, demand for bandwidth has seriously exceeded supply. Bandwidth-related costs have been rising for organizations, as cloud providers have to deal with more intense sending and receiving of data within the cloud. This becomes rather counter-productive for organizations, as most of them adopted the cloud to reduce capital expenses, especially when they develop product features that deal with real-time customer interaction and media engagement (such as Augmented/Virtual Reality).

For real-time customer interaction, there are many real-world cases such as using digital watches to make e-payments, tracking daily health (exercise) statistics, and asking virtual assistants to give information regarding their physical locations. It is very slow and costly for data to travel back to the central cloud network for processing, and then migrate the answer back to the user.

Edge compute platforms, such as those existing in Internet-of-Things ecosystems, analyze data and return an answer to the customer within seconds. This means that most of the data aggregation and processing is offloaded to the edge compute network rather than migrating it back to the central cloud network. This helps organizations to save on bandwidth costs, which customers can enjoy as cost savings.

According to a Forbes report on the hybrid cloud in 2019, many organizations are increasing their budgets to adopt data-intensive technologies like IoT, AI & ML, and Big data. The purpose of them pursuing a hybrid cloud, is to enable themselves to quickly adopt these cutting-edge technologies at effectively low costs.

Furthermore, many organizations realize that they have some important applications that are too complex for public cloud migration, hence they are turning to solutions that can replicate their on-premise applications in a hybrid cloud, or a cloud operating system that can integrate services across on-premise, private and public clouds. One such example is Red Hat, a company recently acquired by IBM, which provides open-source cloud-native operating systems.

Moving on to 2019, many organizations have created demand for cloud solutions that perform the following functions: help to make data available from any cloud to any application; provide virtualization of application software, which means enabling organizations to move their workload to and from various clouds at will; and to provide file systems that perform data optimization and mobilization. Enterprise organizations typically have many business apps that need virtualization and containerization for swift operations across various geographical locations.

Cloud security refers to the mechanisms of control-based technologies and policies designed to adhere to regulatory compliance rules and protect information, data, applications and infrastructure associated with cloud computing utilization. Even though familiar cloud providers like Amazon, Microsoft and Google are providing the first line of defense at securing their public cloud infrastructure, many organizations still require help in detecting and patching vulnerable hosts, as well as updating missing critical patches in their cloud system.

According to Unit 42, a research firm based in California Palo Alto, Kubernetes pods are one area which organizations need help in invulnerating against security breaches. Other cloud security areas in which organizations need help in but cloud providers are not responsible for yet for include monitoring risk-prone configurations, anomalous user activities and suspicious network traffic. Improving detection capabilities helped organizations reduce the number of crypto-jacking attacks they experienced.

Risk-prone resource configurations are the underlying cause of many high-profile security breaches by black-hat hackers. Organizations occasionally compromise their cloud accounts, according to Unit 42. Nearly one third of the organizations they surveyed publicly exposed at least one cloud storage service which they used.

Open-source cloud is any cloud service or solution that is built using open-source software and technologies. This includes any public, private or hybrid cloud model delivering SaaS, IaaS, PaaS or XaaS operating entirely on open-source technologies. One prominent example of open-source cloud technology is containerization. Container technology is a method to package an application so it run with its dependencies, isolated from other processes. Container orchestration, such as the popular Kubernetes, is about managing the life-cycles of containers in large dynamic environments, in order to control and automate deployment of the application.

Recent estimates from 451 Research noted that the container market, even in the early days of the space, suggested enormous growth, with application containers set to become a $2.7 billion market by 2020. The 451 Research report can probably be considered a conservative estimation now, with Docker being very popular with enterprises and the Google-born Kubernetes container orchestration system – and considering the popularity of the Google-born Kubernetes container orchestration system, the cash value of the market probably does not reflect usage level.

Docker is another open-source container technology that has been adopted by almost all cloud and IT companies, including Oracle, Microsoft and Red Hat. Docker containers are easy to deploy in a cloud. They can be integrated into most DevOps applications, set up development environments that are exactly live a live server regardless of the local host environment. It helps technology-using companies run multiple copies of the same application, saving tens of millions of dollars annually in power and hardware costs. Docker is one open-source technology that can run on any operating system or cloud.

As cloud computing platforms continue to evolve rapidly in both quantity and quality, it will be a challenge for organizations to keep up with the changes and recruit the appropriate talent for their goals. According to the study by OpsRamp, the next wave of cloud computing will heavily utilize containerized microservices running on serverless computing frameworks. This means that the future of software development may well be about cloud native technologies and IT professionals would be required to have mastered DevOps skills related to managing virtual machines or platform environments in the cloud.

Cloud Foundry Foundation, an organization which oversees the development of an open source environment for platforms-as-a-service, commissioned ClearPath Strategies to conduct a study on 600 IT leaders. The study found that over 50 percent of IT leaders report developing most (60%) of their applications in the cloud, concurring with the trend towards containerized microservices on serverless computing frameworks. Cloud computing will no longer be limited to managing a fixed number of virtual machines (aka “instances”) anymore.

The future of the cloud industry will involve many other industries. Cloud technology will change the way large enterprises conduct their business operations. Many of them have evolved their operational efficiency to the next level, while reaping the benefits of agility, scalability and high availability.

A decade ago, certain jobs like cloud architect, cloud project manager and cloud automation engineer did not exist as they do now. This is due to an increasing demand from organizations to manage their emerging hybrid cloud environments. Organizations are embracing the importance of knowing how to use the best-in-class resources from various providers like Amazon, Google and Microsoft.

However, one aspect of the tech industry seems here to stay: open source. For example, before IBM Cloud came into existence, it was previously a combination of platforms and infrastructure built on open-source software. The importance of open-source container orchestration and automated DevOps systems like Kubernetes will be instrumental in developing effective hybrid clouds. The same can be said of programmers from diverse backgrounds and companies working together constructively – it will be very important for the tech industry as it restructures itself through mergers and acquisitions to reach its desired evolutionary stage of cyber technologies.

Follow Us On
Navigation
Our Global Headquarters Is At 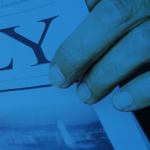 How to Streamline Your Data Archival Process using the Cloud